Well Done - Galway Football Feile - Club U15 and U14 teams

Congratulations to our U15 and U14 groups who both won their County Feile Football finals in Tuam Stadium today.

Our U15 group took on Tuam Stars in the Division 1 Niall McGinn Cup final and after a tight and exciting contest which finished level at 7 points apiece after extra time, they shared the trophy with Tuam.

The lads were five to points to one down at halftime but a great second half saw them score 5 points to Tuams one to bring the game to two five-minute periods of extra time. Tuam got one score in the first half of extra time to lead by a point at the turnaround but our boys got the only score of the second additional period. Following the rules of National Feile the Cup was shared between the two teams and presented to both team Captains.

Our U14 group took on Monivea Abbey in Division 3 St. Columba’s Cup final and in another very close game emerged the winners on a scoreline of 3-3 to 1-7. Team Captain Sean Martyn accepted the cup on behalf of a delighted group of boys.

Well done to all the boys, their coaches, and parents, and thanks to everyone that helped out over Feile weekend. 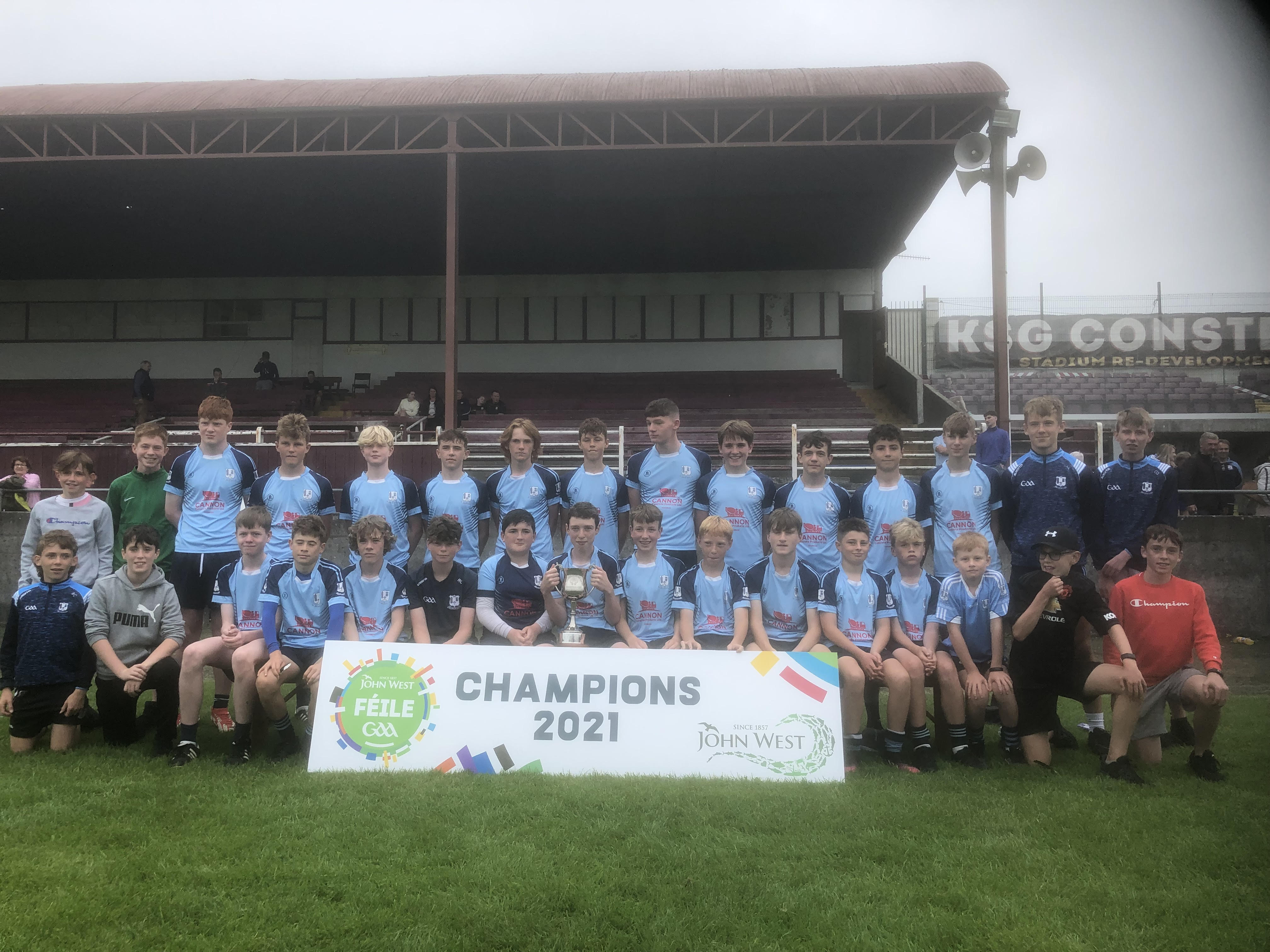 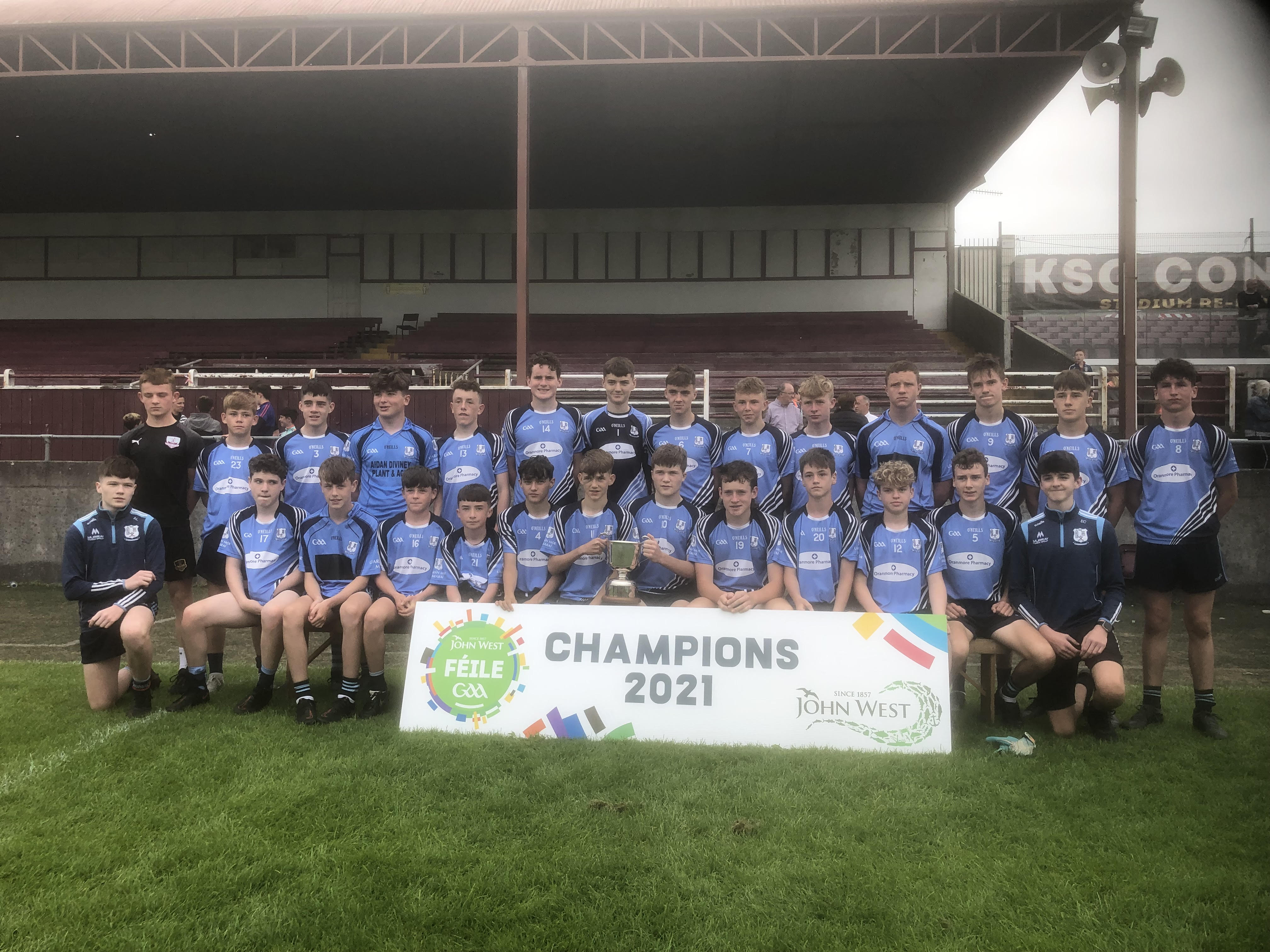 Please see below link to the Round 2 Brooks Senior Hurli...

Well done to our four U12 football teams who all played C...

Well done to Naomh Mhuire U16 Div 1 team on winning the...

Pictured above are Sacra Mannion and Alison Blaney of th...

Just to let you know that Oranmore Maree One Club CAMOGIE...